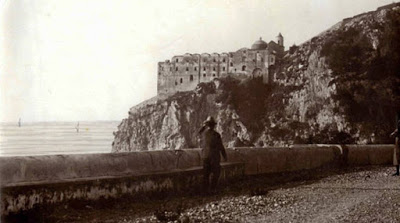 Conca dei Marini
Looking out from the balcony of a window or from the terrace of a house, inebriating the senses and the mind of the smell of the sea that blue stands out in front of the eyes and joins a clear and crystalline sky, hear the melodious and sublime song in the morning of birds accompanied by the gentle sound of waves crashing on the coast, savor the sun’s rays, which heat the limbs and make everything sparkle ….
These are the most frequent feelings of those who spend moments of their lives in Conca dei Marini, a small town located in the heart of the Amalfi Coast.Between sudden leaps up to four hundred meters above sea level, it runs along the sea for about three kilometers: it is enough to catch the eye first and then the heart, to those who move between Amalfi and Positano.
Its inhabited area is not concentrated in a valley like other villages of the Coast but spreads and unravels in the hills sun-kissed and washed by the sea. The whitewashed houses, according to the architectural tradition of the coast, are scattered in the green of the gardens and the lemon groves and among the silver of the olive trees. A discreet charm characterized by churches, terraces and hillocks with panoramic views of striking beauty, connected by narrow staircases that run all around the houses.

From the sea, all this seems like a great book of history, which is pleasantly intertwined on the lectern of the hills, where the peace and silence of nature live. Many illustrious visitors have felt a sense of infinity, a divine imprint between the streets and houses of this pearl of the Amalfi Coast. Its name is the consequence of a cultural heritage that speaks of an ancient seafaring attitude. Adventurous stories of ships and sails, storms, shipwrecks and a lot of expertise …

La Sfogliatella S. Rosa, one of the best known and most sublime examples of the renowned Neapolitan pastry is a sweet rich in tradition that holds within it the secrets of a history as distant as magic … … ancient history that refers us back to 1700, in the monastery of Santa Rosa in Conca dei Marini and the expert hands of the cloistered nuns who lived there. 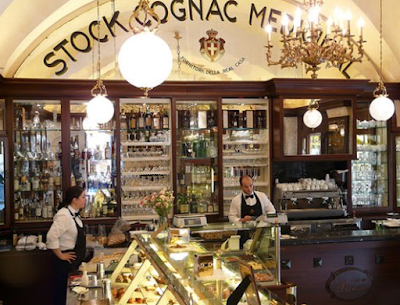 PANSA
.
Pasticceria Pansa in the beautiful seaside town of Amalfi is a wonderful  pastry shop / caffe on the main piazza of Amalfi  . They make great Sfogliatella.

Between one prayer and another the nuns dedicated their time also in the kitchen. It was administered in a regime of strict autarky, everything was produced on site and the menu, except that, of course, for the elderly nuns, was the same for all. The local tradition handed down that as often happens with the most successful inventions, the creation of this dessert was by pure chance, in fact, in a day dedicated to making bread, the nun cuoca, very good at making sweets, is found in the leftover of flour of semolina cooked in milk, throwing is known to be a sin, so think carefully to add some ingredients that abound in the pantry, produced in their fruitful garden, full of fruit trees and a vineyard, from which they get a delicious wine.

Then, add some dried fruit, lemon liqueur (at that time had not yet become the famous “Limoncello”) and sugar, then, enriches the dough of bread with a little ‘lard and white wine, to transform the classic dough in a sweet shortcrust, it gets two sheets where it puts inside the stuffing previously prepared, creates a paste shaped like a nun’s cap and bake it in a wood oven. The goodness of the sweet was such that the Mother Superior remained entranced by the taste and smell of the new sweet, she also smelled the affair convincing that it could do good both to the farmers of the area, and to the coffers of the convent. Without any danger for the strict enclosure, the cake was put on the classic wheel in exchange for some coins.

This dessert was given the name of the saint to whom the convent and the tradition was handed down that on the day of the feast of St. Rose, at the time on August 30th, the cake was donated to all the citizens of Conca dei Marini.Over time, the sfogliatella is enriched with new ingredients such as: ricotta, syruped cherries, custard … For more than a century, however, the recipe for the Santa Rosa sfogliatella remained jealously guarded within the walls of the Conca dei Marini monastery. It was only in the early nineteenth century that a Neapolitan innkeeper, Pasquale Pintauro, owner of a tavern in via Toledo, facing Santa Brigida, managed to get (perhaps from a nun aunt) the original recipe of Santarosa.

Pintauro had a commercial lighting, from an innkeeper he became a pastry chef and his tavern was converted into a confectionery laboratory, then, to sell the cake more easily adapted to the tastes of the time, he made a slight variation on the theme, eliminating the custard and l black cherry, and suppressing the upper nub to a nun’s cap. The sfogliatella was born. Its most famous variety, the so-called “riccia”, has since its triangular shape, shell, crunchy, vaguely rococò composed of thin layers of puff pastry superimposed on each other, filled with bran, eggs, ricotta, candied fruit, milk and sugar.

Finally, there is also a third variant of the sfogliatella, the “frolla”, of round shape, made with soft shortcrust pastry and with the same filling of the curly sfogliatella. As we said the varieties of sfogliatella are the “riccia” the “frolla” and the “Santa Rosa”, the note that originally was garnished with custard and 7 I say seven cherries. They should be eaten warm, so be careful not to burn yourself of its hot stuffing!

COOKING ITALIAN
GREATEST HITS COOKBOOK
RECIPES of The AMALFI COAST
and all of ITALY
No Recipe for SFOLIATELLE
WHEN IT COMES to SFOGLIATELLA
“Forget About Making Them. Way to Difficult”
Just get them at a Good Italian Pastry Shop
if you’re lucky enough to have one nearby.
In AMALFI, get them at PANSA.
You can find them all over NAPOLI
In NEW YORK, get them at ROCCO PASTICCERIA
in GREENWICH VILLAGE
or BELLA FERRARA on MULBERRY STREET
LITTLE ITALY
BASTA !
.
Advertisement 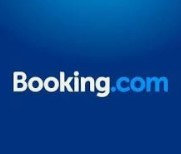 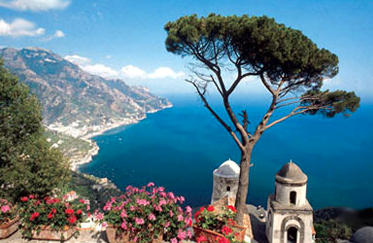 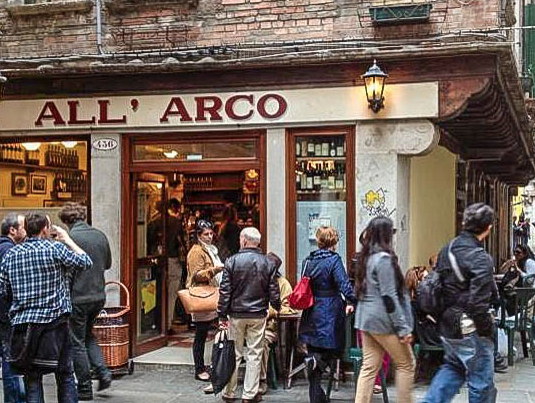 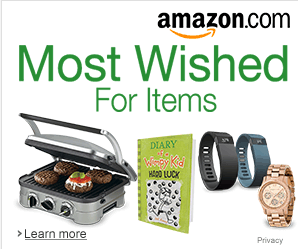 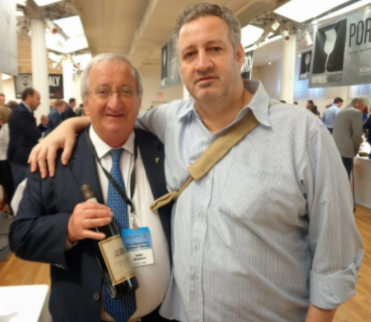